Well I broke my foot.  The tip of the fifth metatarsal and the displaced fractured piece is  attached to a tendon.  My doctor told me that it’s a “troublesome” fracture in that with any strain, if my heel-foot has any weight bearing,  it is very likely that the tendon will pull the fragment loose and then I’ll need surgery.   He told me that I can either stay off my foot completely – aaarghh –  for a month, or if I take chances with it, it’s very likely that I’ll require surgery to place a pin and then I’ll  be off my foot for 2+ months. Since they’d have to catch me first – for surgery – there’s not a lot to consider here…

This happened two days before we were leaving for a couple of months to escape the Pacific Northwest winter. 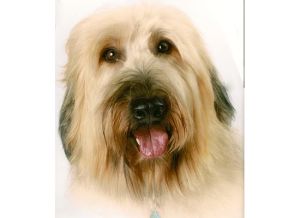 Ok.  I’m very active, walk 10,000 steps – minimum – every day.  Walking controls my blood sugar and blood pressure.  It takes care of my excess energy and helps me sleep.  It’s my time with my dog, Chloe.   She sniffs.   I think, listen and contemplate….

Now then…if everything happens for a reason – well, I’m waiting to find the reason for this one.  I do get that there is a lesson in everything that we experience and I’m thinking I’m supposed to be learning…

One thing I know for sure…There’s no place like home.   When I’m in pain or ill.   Even if  my bedroom, art studio and office are upstairs.  Climbing stairs on hands and knees works for babies.  It works for me too.  And it makes me laugh.

My husband’s niece  is one of those unforgettable women – I’d describe her energy as magic.  Being around her is motivating and inspiring – nothing special that she says or does – it’s just who she is.  Being new to my husband’s family, I’d heard much about his niece and I’m so grateful that I was able to meet her.   I don’t think I can aptly describe what was tangible to me for the few hours that I was with her.  I first met her while celebrating a Christmas Holiday with her parents in San Francisco a couple of years ago.

We’ve followed her battle with ovarian cancer and recently heard that she may be in the last days of her life here.  We’re both stricken with grief.

She’s strikingly beautiful and I just loved looking at her,  the way she moved, spoke and loved her parents and her two high school age sons, but that was only part of what kept me mesmerized.  It was her energy, her spirit, some intangible beauty that was obvious but impossible to describe.  Her being shouted integrity, love and joy.

She has been thru many, many surgeries for ovarian cancer, several rounds of chemo, has known pain.  It showed  but she wore it well and with such courage!  The kind of obvious that moved me even though she never uttered a word about her pain or battle while I was with her.  She was full of joy, fun, an excitement about being with her Mom, Dad and Uncle and very cordial on our first meeting.  I can’t even imagine being in her shoes.   Hmmm.  She needed a new pair of shoes and we shopped that afternoon.  How a woman shops says a lot to me.

Being with her those few hours made an indelible impression on me.  She is truly unforgettable.  I don’t mean to gush and even if I didn’t know her brave story, I would describe her the same way.   One of her  sons was with her and although a “jock” and at that age…. he still was unabashedly having fun, affectionate with her – sometimes holding hands with his Mom as they walked thru busy streets.  They were close.

The obvious closeness between she and her Mom was moving.  I’m very close to my daughter as well and recognized the unspoken respect and love.   I must mention that her Mom is battling the same dreaded disease – ovarian cancer.  They discovered it at nearly the same time and have both managed to survive for over six years – have disregarded the odds and have lived a full life despite their challenges.  With such courage.   Both of them.  There is obviously a special knowing between them that I can only imagine – comrades in battle!

Knowing them, and my other close friends and family who have had cancer – they’ve been dealt a really tuff hand to play – makes me want to live my life well, love well.  Some of my friends have survived and seem out of danger.  For that I’m grateful beyond words.  I never forget the friends I’ve lost over the years.  They are deeply missed.

Barring a miracle – and for that I pray almost constantly for my husband’s niece and sister – “our” niece will soon be taking her extraordinary energy and be on a new adventure.   I picture her – in all of her inner and outer beauty – joyous and happy in her new being.  I barely know her and I will miss her immensely.  Just knowing she’s no longer on this earth –  and on Facebook!   I downloaded her picture.    I don’t ever want her face to fade from my memory.   Her face is a reminder of courage and love and to live every moment to the fullest.  That’s what she has done.

And my heart aches for her parents and family.   For all of us who know and love her.  She wanted so much to live to see her grandchildren.   She has given it a gallant effort.

I know the Lord is already holding her in his arms.    Good Bye Dear Girl.  I’ll see you later!

And I’m still praying for a miracle….

I've learned so much from others and am really hoping something that I've learned helps someone else.

Some of My Favorites...